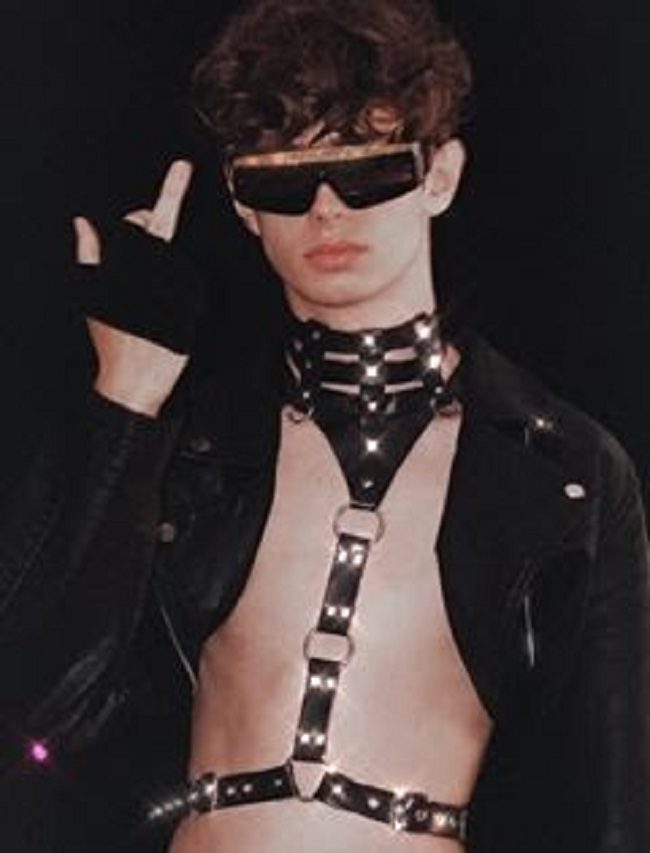 Social media influencers could be found today dime-a-dozen. In the huge arena of attention-seeking, only a few people actually have the personality to catch your eye. Mike Chelsen is undoubtedly one of them.

The 16-year-old could have been a regular high school student, but he decided to strive for greatness. Today, he is a social media star, singer, entertainer, and a pop sensation in the making.

The 16-year-old singer, who is half-Italian and half-Spanish, uses the stage name “Mike Chelsen” for an interesting reason. He reveals that “Mike” was a nickname his friends used for him during younger days. Chelsen was the name of his school teacher who was a guide and mentor to him – especially when he was bullied by classmates for his unconventional style.

Things went so bad at one point that he even contemplated suicide. Fortunately, music eliminated the darkness from his life and gave him new confidence. It was then he adopted the name “Mike Chelsen” – as a homage to his teacher who died in a car accident a few years earlier.

These days, a strong social media presence seems to be a prerequisite for anyone hoping to leave a mark on the world. But Mike Chelsen has perhaps decided to take it to a whole different level. On TikTok, he is already an influencer with a whopping 100,000 followers.

On Instagram, he boasts 33,000 followers. His personality and style seem to be the driving force behind his popularity on social media. Much of this growth has also been rapid. On Tiktok, for example, he gained more than 25,000 followers in just a month. You could imagine his craze from the fact that this 16-year-old entertainer already has a string of fan pages made for him. As far as social media goes, Mike Chelsen’s game is A+.

Social media is great, but what Mike Chelsen really hopes to become is a singer. Ever since he was a kid, Mike dreamt of being on the stage and rocking a magnificent audience. On that journey, Mike has already made some significant progress. His first single, “Starlight”, was released last month and is currently streaming on Spotify. Despite his flamboyant appearance, Mike’s music could only be described as “somber”. The calmness in his voice, coupled with the deep lyrics and smooth background sounds, makes for a musical treat. His first song’s success has emboldened the young singer, who plans to release more singles soon.

What could possibly explain the sheer popularity of Mike Chelsen? Well, one look at his Instagram profile can give you the answer. The man has a style. Vivacious and vivid, such are the words From the dangerous, edgy look of smoking cigarettes to wearing shorts on a muscle bike – Mike likes to be bold and daring. His experiments are severely unconventional, yet he rocks them nonetheless. Who else would think of wearing a jacket made of CDs or a BDSM gear? Well, Mike does. And he pulls them off with a confidence that is rare in people, let alone teenagers.

Much of Mike’s taste in fashion comes from his outlook towards the world. He believes in accepting his identity – whatever he is, he is proud of it. And he extends that philosophy to the world around him. For instance, he believes that homophobia has no place in the world in 2020. For him, people should love and be loved for what they are – without any discrimination or prejudice. With shining body positivity and flamboyance to die for, Mike Chelsen is all set to become the next big thing. And he has just the right talents to achieve that. You can follow him on his Instagram, TikTok and Spotify.