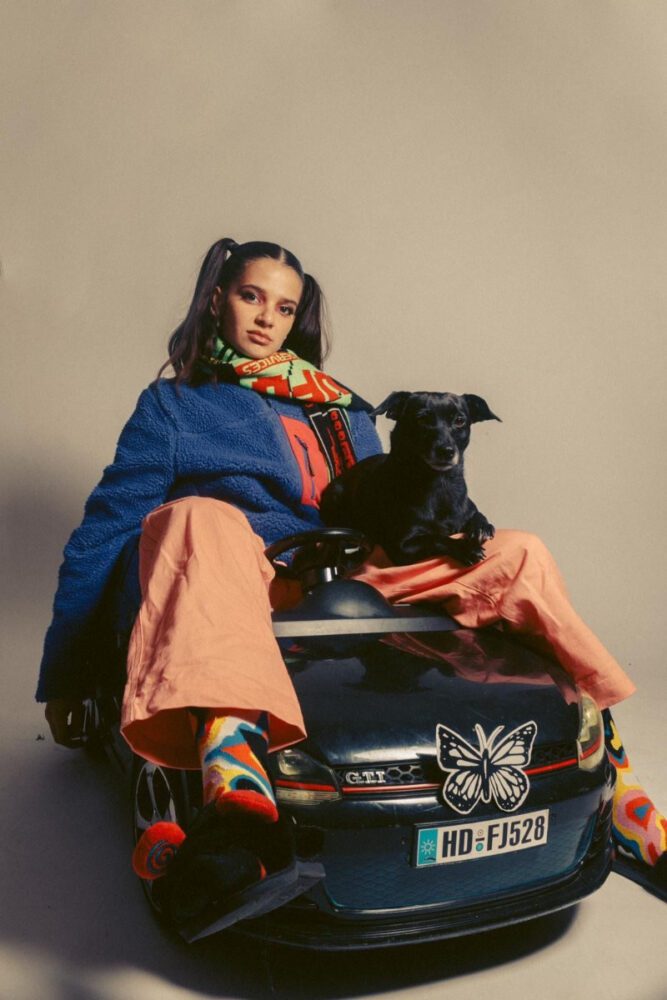 Colombian/Italian artist Mariposa recently dropped “Quemando,” a wistful, lo-fi track about being imprisoned in a reality of your own making, hoping to elude the looming pain.

“Quemando” translates to “burning,” while Mariposa signifies a beautiful butterfly.

“Quemando” represents what the evolution of Latin trap, aka Trapetón, is all about: cashmere R&B aromas flavored with Latin savors, skillful wordplay, and delicious sonic textures, both lustrous and alluringly sumptuous.

Speaking three languages fluently, 25-year-old Mariposa combines her lush sound with her DIY approach. Self-taught, she learned the intricacies of music production through trial and error, along with a remarkable gift for blending various layers of sound into sinuous surfaces radiating a singular bewitching atmosphere.

Latin trap started in Puerto Rico, assimilating influences from Southern hip-hop and reggaeton. Around 2007, it caught on, achieving tempered popularity that expanded and mushroomed across Latin America. Until recently, Latin trap’s lyrics primarily revolved around la Calle, the street, including topics like sex, drugs, and violence, and was dominated by male artists.

But things are changing. And Mariposa is in the vanguard with her elusively structured, luminous coloration and creamy, voluptuous tones, gliding over the harmonics on graceful filaments.

Donna O. Raphael her craft, sense of style and much more
Bel-Ami Chats About His Captivating Sound and His Debut Album, ‘MUSE(ic)’
Advertisement