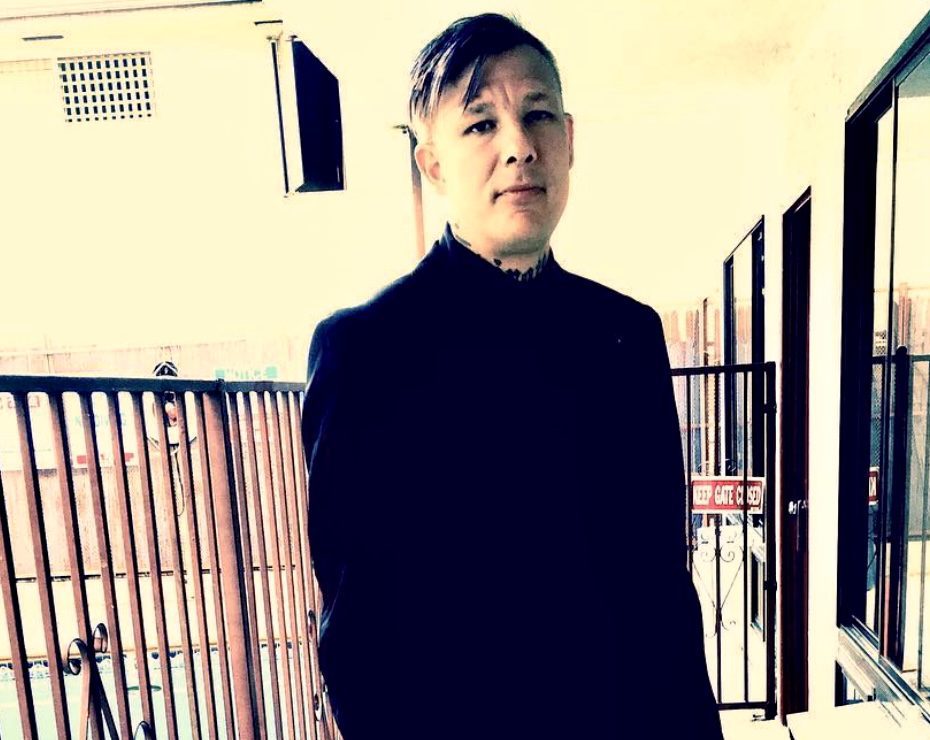 It was pretty easy, it’s my name. Just added the dots for the visuals.

I started out singing in a professional choir at age of 10, then moved to play start learning the guitar when I was about 15 years old. At that time it was mostly Iron Maiden, Ac/Dc type of bands that I was into. But fast forward to 2001, about ten years later I started this punk rock group called ‘fornicators’ who got to play all around Europe and a U.S tour. So I would say somewhere in 2005 I realized that this is something more than a hobby.

Ohh that’s pretty easy, I would say the brilliant Tim Armstrong from rancid, especially his solo projects called Tim Timebomb. Love his lyrical style and his diversity and the way he combines so many different genres of music and it always comes out in a kind of punk style.

It had to do that I had a lot of lyrics that I had been working on for a long time and they didn’t really fit into the punk band, and I wanted to do something by myself and also not being rushed or labeled into something.

So I found a drummer in the u.k (I’m from Sweden) through this place called ‘sound better’ and we worked on the songs together and I kind of realized that I was onto something. Worth mentioning is also the fact that I moved from the east coast to the west coast of Sweden so I was a bit far from my band but still wanted to do music.

The greatest challenge I think was learning some of the new DAWs out there, also finding the time recording while just becoming a dad.

Writing comes naturally and I don’t see it as work at all, but managing all the instruments (except drums) and not having anyone to discuss it with has been a bit of a challenge.

I would say NO since I’m inspired by so many great artists, but I do hope some people think I’m the best they’ve heard.

I would like to learn some more about promotion, but other than that I will just keep on recording new songs.

Yes! I would definitely would like to thank Adam Stanley for bringing such great energy to the songs with his drumming, such a cool guy and the fact that we have never met in person makes it even cooler

Well I’m no technical genius so I don’t have a website but I do use Facebook so feel free to join me there at www. Facebook.com/songsforthewicked

Never do this or anything else half-hearted and never expect to be able to make a living of it, do it cos it’s you and what you like.