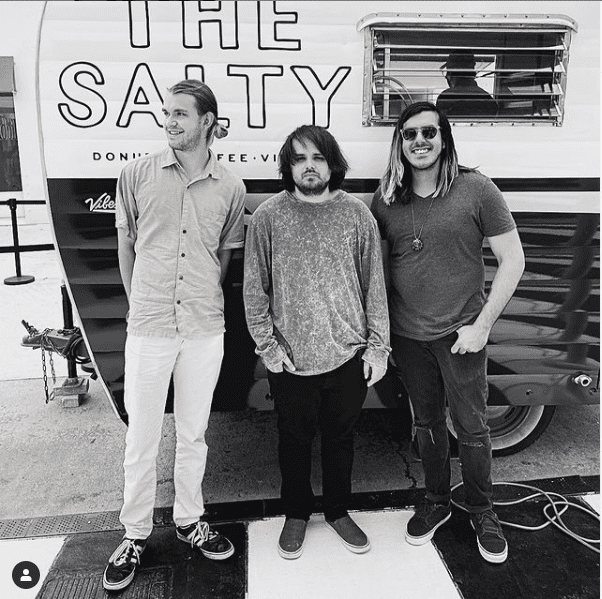 It was bequeathed to me by my long time collaborator Ahmed Barroso named after the Argentinian “double-decker” bus, a Collectivo. The idea that this collective would constantly rotate(which has only become more and more true as the years go on).

I don’t think this name was ever permanent nor was it the first. There was such a concerted effort for it to be solo a la ‘Daniel Correa and The Collective Bus’, but the second half was the only thing people were recollected. Pun intended. Daniel Correa is also a surprisingly common name anyway.

I never made that realization, it was a decision I fell into as a result of a limited skill set. I just got more and more specialized over time. I don’t think it’s necessarily healthy to tie one’s happiness to their careers anyway. You are only setting yourself for disappointment because there is no perfect job.

We deeply romanticize the pursuit of happiness, but always fail to consider the pitfalls we jump into in trying to achieve it. There might not even be light at the end of that tunnel. Bring a flash light. That way when one path fails, you can redirect your passion to something else because you are not that path. You are you and no one else. Got it?

According to manga/anime critic Geoff Thew, there are two kinds of drip- the casual trendsetter and the comic book hero, I, squarely fall into the latter. I like a good uniform that accentuates the character that I’m performing as. Clothing has always been something of contention between the management and I they have their vision, I have mine. A uniform simplifies the vision to where we all can agree that this is the look’.

It was originally inspired by skeleton costume I wore at a halloween show. Everybody commented that the white bones covering the long sleeves accentuated my movements. We then settled on a design based on that principle without the bones to please my mom, then said mom went and purchased a black longsleeve, some uniquely striped tape, and voila: you have your “costume”.

I have several ongoing projects in my mind-space of varying ambition. The most conceptual being the debut record, which I hope to have a narrative that ties the major releases through music videos.

I’ve been writing a world for years that these songs can exist in. The sourcebook for which can rival a small novel. I have a passion for storytelling as well and would love to create something that people can theorize about…find the connections between these videos. That’s a dream. I guess I’ll keep dreaming.

Self-discipline and patience is really difficult. You sit and constantly ask yourself “When does my life begin?” Reality check. This is your life. Your life is nothing. You have no life. So sitting with that requires the patience in knowing that the world will return and you with it. Enjoy the nothing while it lasts.

The mind is the greatest torture device there is. It’s quite ingenious. You can torture yourself for years without even knowing, which brings me to my greatest attribute: my self-awareness. If I wasn’t self-aware I wouldn’t be able to strategize, think forward. I wouldn’t even know what’s wrong with me. I’d be like a goldfish, swimming in a bowl that’s slowly getting smaller and smaller without ever realizing that I need to escape to the ocean.

What does that even mean to be the best? Sure, I’m the best. I’m the best Daniel Correa, frontman of the Collective Bus there ever was and probably ever will be. Could I be better? Probably. Best frontman in the world? Definitely not. Best in show?

My show? Who knows? Depends on how it goes! I think being the best is overrated. As long as I’m happy then that is what matters. You can go be the best. You know what? You are the best! I decree you as The Best. Certified by me in the writing of this magazine.

My plans for the near future is to focus on right now because there is no future because I have no life because there is no world. I know that sounds really grimdark and edgy and all that, but ‘all that’ really means is: losing weight, daily guided meditation, and just trying to be more mindful.

That last one is really important. Kindness matters now more than ever. Everyone is so focused on being The Best, but I think being the Kindest or just plain old Kind is good too. There is a deep anger in me that I’m trying to quell, the people in my life don’t need to be on the receiving end of that. Thank you.

I’d like to thank the Academy. Just kidding, much love to my friends, family, fans. All you folks stay safe! If I can make a recommendation listen to some more local artists like Seizure Machine, Jay Thomas, Vagrant Son, Soulpax, the Burgundee, Love and Water.

I’m sure there are more, but they need as much as love as TCB does. And GO DONATE TO CHARITY, IF YOU HAVE PRIVILEGE PLEASE USE IT. PEOPLE ARE SUFFERING. Feeding America and The Trevor Project are often my go-tos.

Diversify your skill set as much as possible. Be patient. Most importantly, be kind.