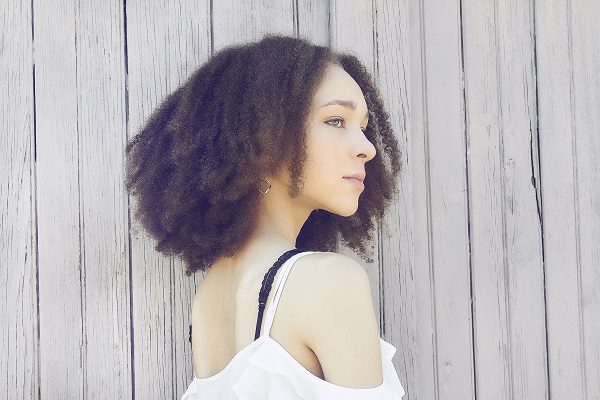 Briannagh Dennehy, aka “Briannagh D,” is a multi-talented pop singer/songwriter out of  New Jersey. Growing up in the New York Metro area, Briannagh had the opportunity to develop and nourish her art appearing in short films, television commercials, and singing in public venues.

She began writing and recording her first original, “Going Up,” in 2016 and 2017 as well as filming videos for covers of “This is What You Came For” and “One Call Away.” She is avidly working on new materials for her first album release.

My love for music started in the church choir. Since my mother is from the West Indies, there has always been a lot of singing at the Christmas parties of our extended family, with cousins and aunts and uncles.

My style actually comes from within. I love old Hollywood, so I definitely emulate some of the styles such as Audrey Hepburn.

Everything I have done so far whether it was a small break or big break is always a good opportunity. However, my performance at the Apollo Theater and especially at the St. Kitts Music Festival are the two that stand out the most for me.

How did you come by your stage/band name?

I wanted to keep it simple and easy for people to remember. So, I went with my first name and my last initial.

No one person or thing influenced me. I loved singing in the church choir when I was younger, and I love the feeling of being on stage and the excitement of the crowd.

When I watched television and saw artists like Whitney, Maria or Miley, I loved seeing their performance and their interaction with the crowd.  When I first went on stage many years ago and felt the energy of the crowd, it was such a strong feeling that came with it. I knew that’s what I wanted to do.

Do you feel that you are an artist/band or entertainer?

I am both. Being an artist means that you are an entertainer. They both intertwine with each other. I am also an actor, appearing on some television shows and movies. Although they are two different types of acting, given the different cinematic pace of a movie relative to a television show, I love doing both.

Well, I recently came out with the single “Feel the Beat, ft E-Dee ‘the dancehall celebrity'” this single is dear to me because it’s a pop/dance hall song that draws on my Caribbean roots. “Feel the Beat” has been doing very well, especially in the Caribbean.

It was recently number one in the Tempo “Top Ten Caribbean Countdown.” I am currently working with recording artist/rapper “Cassidy, The Battle Rapper, Freestyling King.” The song will be released this Summer. This is my first time working with Cassidy and I am super excited to be working with such a lyrical genius.

I would definitely tell them to never give up on your dreams. Each new challenge presents a new set of lessons to help you grow as an artist.

You can find me on any social media platform