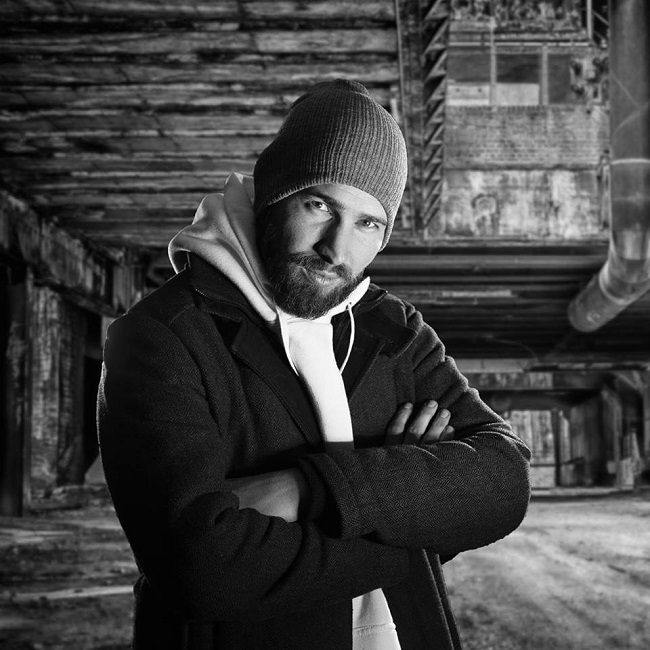 Kynn, born Kevin van Geffen in the small town of Leiden in the Netherlands, is an inspirational Dutch rapper who uses hip-hop music to tell personal stories to his listeners. He reflects on things he’s seen or experienced in the past, his present circumstances and his vision for the future.

Having a distant relationship with both his biological father, who wasn’t around much, and his stepfather, with whom he had a volatile relationship, affected Kynn at home. He turned to poems as a child as a creative outlet to deal with his turbulent family life and channel the mixed emotions he felt, helping him develop his rhyming skills at an early age to be an inspirational Dutch rapper.

The name started off as a wordplay from the name Kevin. So, at first I was playing around with Kev, Vin, Kin and finally, it became Kynn. After that, a friend of mine had found a spiritual meaning to that name. I don’t know who came up with that description, but to me, it was a perfect match so I knew I had to keep it.

I’ve been making music for about 15 years. These first few years weren’t really that good, but I noticed that I always kept losing track of time when I was making music. I mean, I’ve got a love for good food, but there were days where I got up at 8 AM and didn’t realize I hadn’t had breakfast until somewhere around 5 PM. That’s how passionate I was about creating music. And today, that’s what still happens a lot of the times.

I’ve done a lot of music productions in many different genres that have never left the studio and did many cool music jobs as well. But it wasn’t until last year that I started getting serious with my own music. I decided to make another song on which I would work with some talented musicians. This became the song “Sick and Tired” which will be on my upcoming album. From there on I was entering a certain flow that I am still riding today, so that one track became a full album and some video productions.

The song Jacob started off as a part of my upcoming album. The album is built from different stages of human emotions. One of them is “the emotion and Anger”. At this point, I started thinking about things that could really make me angry, but also on what could drive other people insane. This was a quick link to (high school) bullying.

I teamed up with Bryan Shortell of the New York-based band Northern Faces, who has been my go-to mixing and mastering engineer on earlier projects. Bryan created the guitar loops and I produced the beat around it together with drums played by Glenn Welman and a bass part by Artem Iefimov.

No. Well, it depends on how you look at it. I consider myself to be a generalist more than a specialist. I do a lot of things myself. I do my own marketing and branding (with help from specialists of course), design most of my artwork, has created and will update my own website, produce and write my own music, do my own casting, write my own strategies and create my own videos. In all of these categories, I wouldn’t consider myself the best, but as a generalist, I think I am pretty good at what I do.

My plans for the near future are to release my album “Road to Carnegie Hall” and two more videos from it. I have currently started on some new songs and I am busy setting out plans for some awesome collaborations.