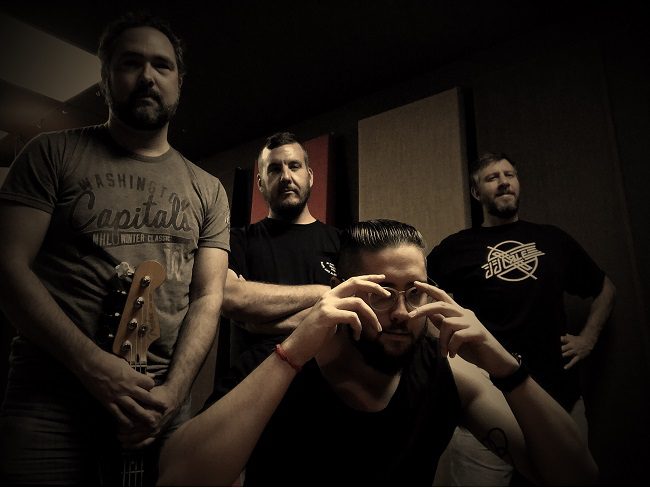 MATAS- MATTHEW AND THE ARROGANT SEA is an alt-folk/pop act from Denton, TX. The band has received numerous accolades and notable press from around the globe since its inception in the early 2000s. Heralded with praise from outlets such as Daytrotter, NME, Pitchfork, Rolling Stone, Stereogum, Good Morning Texas, and NPR, alongside the exuberant praise from their national debut, “Family, Family, Family, Meets the Magic Christian”, in 2008—named one of the best records to be released in North Texas in the last decade.

With the band’s latest endeavor “The Glooms, Pt. 1”, MATAS takes a darker turn into newer and dreamier territories while maintaining (and improving upon) the sounds they had originally sought out with the 2008 release. Founder and frontman Matthew Gray is accompanied by Hagen Hauschild (drums), Blake Vickrey (bass), Tony Whitlock (lead guitar) who together form a wildly dynamic and deeply magical group capable of making the darkest of stories into beautiful ballads.

With noteworthy players who accompany the band on occasion—clarinet, flute, sax, trumpet, vocals, keys—each and every show is a unique experience…an astral treat for your ears if you will.

Discovered The Arrogant Sea in a book of old sailors poems. The rest is history.

For as long as I can honestly recall I’ve always dreamt of creating music, and films. Setting a pen to paper while attempting to create something meaningful/real has always been the drive behind the desire.

Nosebleeders the movie is a film based on my own personal otherworldly experiences. It came about after meeting/working with director Cole Mitchek on some music videos. One evening in the midst of said videos, Cole and I shared some beers and I unraveled a tale nobody was expecting. The rest is history. It’s been such a fun ride watching this film come to life. We hope to have it out in 2020.

Much like many artists, the challenge is keeping people interested. Making your work stand out amidst the sea of new releases is always the hardest part for me. Not because we don’t stand out already (we do have the greatest fans on earth) but because the process is the least creative part of the process itself. Give me the studio, or the stage. The business is a drag. My work ethic these days revolves around my love for our fans/friends/followers— it’s their amazing messages, emails, letters, and so forth that continue to inspire me, time and again.

We’re knee-deep in a future release (A Series Of Dreams #2) coming this fall. While working on the follow up to “The Glooms Pt.1”. We’ve got a handful of tours in the works as well, so keep your eyes peeled to MakeAmericaWeirdAgain.com for all the deets.

Our website. makeamericaweirdagain.com or Spotify, Apple Music, or anywhere you love to stream music.

Stand out! Be you! And don’t let anyone tell you that there’s a right way to create. Just create! The universe will do the rest.