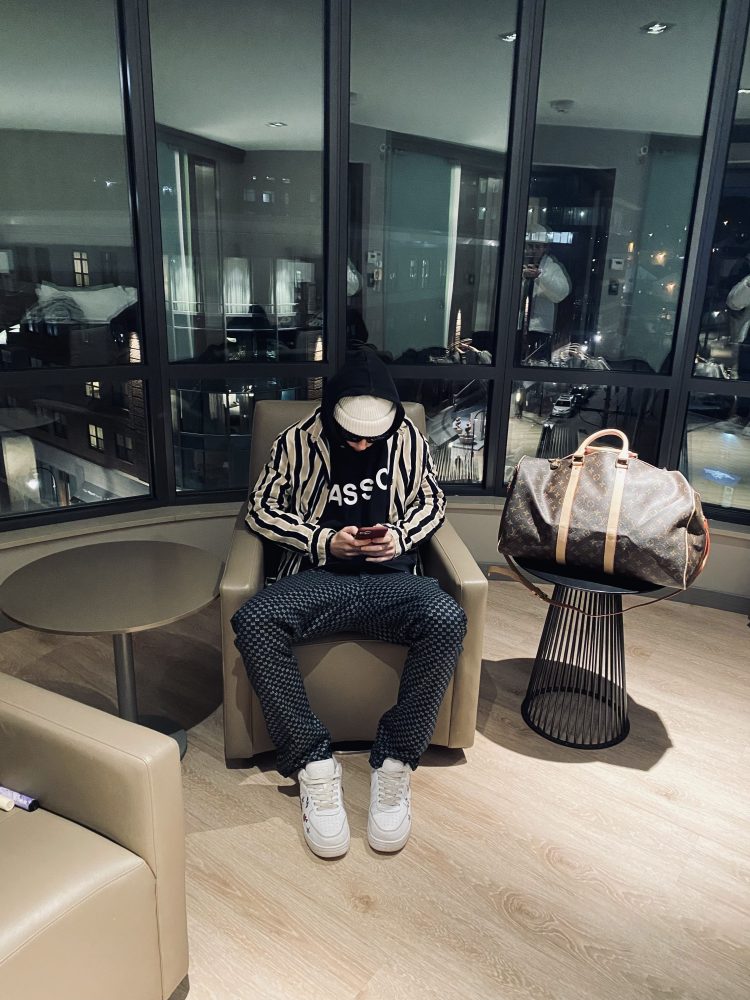 Henny Hermes is a rising musical talent who represents North Conway, New Hampshire. Growing up Henny Hermes always dreamed of becoming a rapper. He lived in a musical household which is where he got introduced to artists from the likes of Green Day, Train, and The Beatles. He developed a deep connection to music and as he got older, he transitioned into artists like Eminem, Usher, and Jason Derulo. When he was 14 years old Henny Hermes pooled together all the money, he had saved from working summer jobs and bought himself musical equipment. He became infatuated with the process of creating music and would study how to properly produce and write a song day and night. Henny Hermes gravitated towards creating music because it gave him an outlet to express himself which he never had before.

Henny Hermes creates music that is inspiring, upbeat, and expressive. He channels the energy from artists he grew up listening to, and his life experience thus far in order to create his own unique sound. When listening to his music Henny Hermes intends for his fans “to take away whatever the message is. All of my songs have a different message, and if at least a few people can truly connect with that message, I am happy.”

Recently, Henny Hermes signed a record deal with Knxwn Sounds. Knxwn Sounds will be giving Henny Hermes the platform and resources necessary to help him spread his impact globally. Henny Hermes has deep resonating music that will help many people out who are going through a rough patch in life. Henny Hermes has overcome many treacherous trials and tribulations in his life which gives him the special ability to drop impactful wisdom through his music.

2022 is going to be a massive year for this young artist. He has been working diligently with his producers Angel and TC in order to release a plethora of new music this year. Currently, Henny Hermes has a multitude of projects already released on Spotify to check out while he gears up for the release of his next project. Also make sure to check out his Instagram for announcements regarding his next body of work.