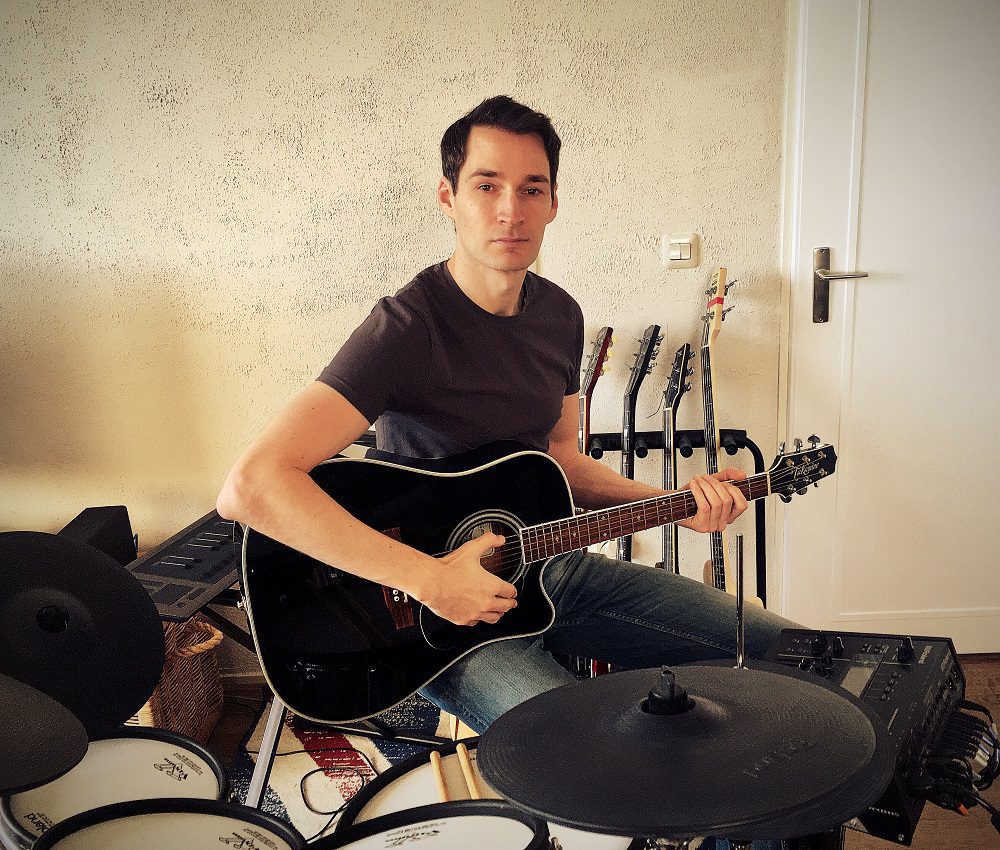 I didn’t want to use my own name because it’s too long and too Dutch, but I also did not want to use a pretentious made-up artist name. So I settled for Nathan’s Brother since my brother is actually called Nathan and it has a nice ring to it.

I remember imagining I was in a band listening to my favorite music on my daily half-hour bike rides to school. After forming my own band after graduation I started even to imagine a career.

You know how it is when friends are jamming out together, discovering how much fun it is to create something more than the sum of the parts!

However, after many band struggles and the changes to the music industry following the advent of the internet, I now have a more holistic approach in which I simply create music for the fun of it, without being overly ambitious.

Over the years I’ve started listening to a very wide range of music. The only thing I’m sensitive about is the vocal performance and I prefer music that is recorded by humans as opposed to computers, although some mesh-ups can be cool too. Other than that everything from classical music to heavy metal has influenced my style.

These are songs I’ve written over the years, some I’ve tried with bands and some remained ‘on the shelf’. They all have in common that I’ve held them close to my heart and I always wanted to find a vessel for releasing them.

After taking drum lessons and being without a band for a while I found the time and inspiration to record them as a solo album. The title stems from the feeling you get when you find the right balance while mixing.

Well, I had to learn some Buddhist values like patience and living in the now and then it didn’t become too challenging. It is quite time-consuming to make an album on your own, but when you simply focus on the process and don’t worry about deadlines it becomes very enjoyable.

Of course, living in a first-world country allows for plenty of free time which also helps. This is of course very lucky and I’m very grateful for this.

Not by a long shot! If there is such a thing as being the best, these are the people that really focus all their time, love, and attention on a single discipline. But in music being the best is quite subjective, so not really important.

I’m working on promotion and videos now, after that I will probably start working on a follow-up. There are plenty of songs still on the shelf.

Don’t dream, just do! It’s harder to find people to act out your ideas than it is to learn things yourself.