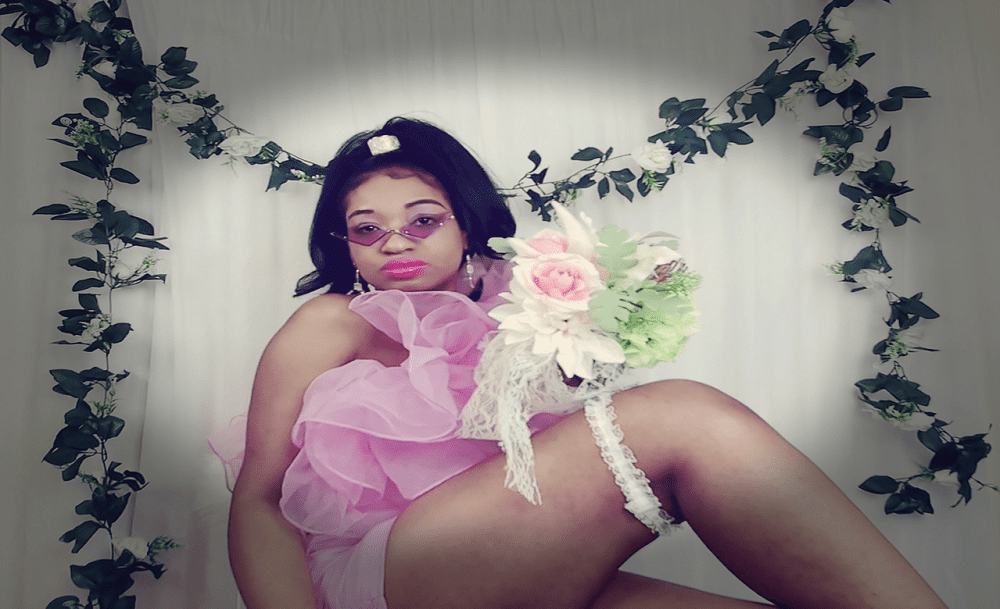 MEZNIQUEE is pronounced as Miz- Nique. Mez is my middle name and Niquee is my sexually adventurous alter ego side. She’s that side of me that raps about cowgirl show & big O booty freak LOL.

I’ve been writing since I was 5yrs old. Yea that young and when I was 12yrs old I was in Romeo & Master P music video paid gig and all. So hip hop has always been a focal point in my career and upbringing. But I had to hide it from my family because my parent funded my career for singing, modeling, singing lesson &, etc. Rapping and MC wasn’t my parent’s couple of tea. But it’s mined.

I would sing in church but then sneak away to listen to dancehall queen Lady. It was so bad to the point where all I want to do was rap I was in church one night listening to 50 cent candy shop blocking out the church world around me to write some hardcore lyrics. That flow would make Lady saw blush. Ha yea Lady saw, she’s my biggest musical mentor. My dream is to do a collab with her.

To be honest I’m my own person. I’m an Unapologetic black woman that’s down with the swirl LOL My music is one of kind. But I would definitely have to say Lady saw is my musical mentor. I have this bad gyal edge like her.

She is my hip hop Goddess mother Because reggae music is the Godmother and Godfather of hip hop first and foremost. Now real hip hop heads know that. Overall I’m a conscious rapper with a feminine Flair and I rock it!

Okay, I like to take my fan’s MEZALIENS on Journeys. So in my EP ”Closet freak” it’s all about mission whether that’s gaining power giving power. Where do you stand in society as a woman or even as a man. I placed it in kind of like four rooms setting walking in a peek show type rooms. “Black lipstick room, pink lipstick room, fuchsia lipstick room, and blue lipstick room”.

”Thotie Hottie” basically calling out men who create this word ”thot” stand for that hoe over there. To minimize women, but then they are the same group of men talking about how the system is hurting them. But if I go and mess with that patriarchy of that system and get what I want. let’s just say it’s a whole new issue. But I have a rap song for that also on my UPCOMING 2nd EP ”ROSE & sacrifice”. Overall songs, that I write are fun and catchy songs.

The biggest challenges would have to be not being understood. Being a black girl raised in the south Florida suburbs Caribbean, American Jamaican roots. Being down with the swirl, I can go on.

I feel like some people think that’s not hip-hop enough. Somehow I feel like white male rappers get accepted in hip-hop with a sketchy past. They get a big push more than a Flo milli and myself. We have this Cali valley-ish. I don’t have it heavy as her But it’s there 🙂 And I rock it.

As for my greatest attribute well I’m a perfectionist. I’m not that type of female rapper that is always rapping about body parts all day and talk about popping my cat all day. I have more to say and to offer.

My MezAliens can find me on