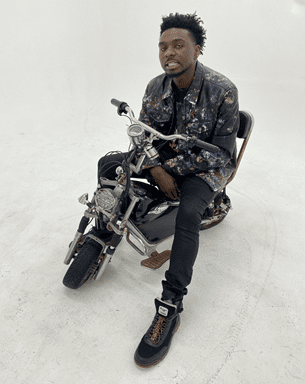 Ayo Potter, who grew up on the streets of Maryland, is a young rapper who has overcome difficulties and is trying to establish himself as one of the game’s greatest musicians. His boundless skill and tough work ethic have brought him this far in his profession, and he is now stepping it up to the next level. He is aware that he has a long trip ahead of him, but he is completely prepared to face it. He recently released his latest single, “Gunz Anthem,” which puts him on the right track to achieve his wildest dreams.

“Gunz Anthem” begins with a basic instrumental before Ayo Potter enters the song with his one-of-a-kind flow. As the song goes on, he finds little pockets within the beat that some of the most experienced rappers wouldn’t be able to and makes it apparent that he is one of the best young artists in the game. He hopes to continue to separate himself from the crowd and will have no problem doing so if he consistently drops songs like this.

“Gunz Anthem” is some of Ayo Potter’s best work to date and puts his talents on display. He knows that he is far from where he wants to be but is moving in the right direction to get there. Only time will tell how big Ayo Potter makes this thing, and it will be exciting to watch him grow. Be sure to stay tuned as there is plenty more in the works from Ayo Potter, and it will make its way to the surface in the near future.