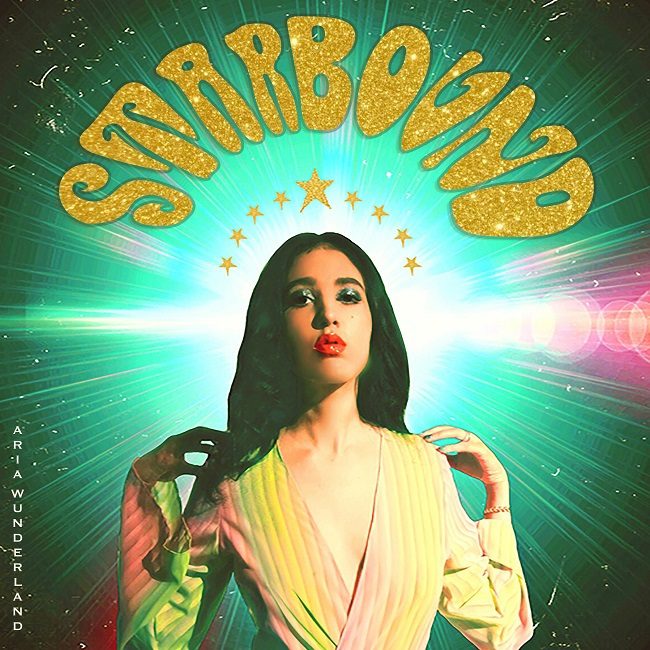 Aria Wunderland, the alternative-pop artist, has released her dreamy new single “Starbound.” Aria is a singer-songwriter who is always elevating her game with every single release. This new track emulates Aria’s passion and drives of knowing she was meant for something more.

“Starbound is a song about dreaming big. Having this inherent desire to accomplish something extraordinary, somehow knowing that you’re destined for greatness. It’s a story about transformation in that you asses your current life and realize you might be destined for more than the daily routine you’re living. It’s like a transition and a coming of age as this shift comes in seasons, and you ultimately end up taking a leap into the unknown.”

Co-written with Aaron Edwards, “Starbound” begins with an otherworldly melody, layered with Aria’s delicate vocals. “Seeing me going up / Never coming down / High up like the Sun / Way above the ground,” the lyrics embody earnest feelings about striving greater things, dreaming big, and always moving onwards and upwards. While Aria’s previous single, “In My Head” (released Oct. 3rd, 2019, has over 30k streams on Spotify) was more introspective and mellow, “Starbound” is a song that seeks to bud anticipation and inspiration.

Aria Wunderland isn’t new to the music scene and she won’t be leaving anytime soon. She has been making her mark on the music industry by releasing original music and receiving high-profile sync placements including Keeping Up with the Kardashians, and Oxygen’s Bad Girls Club.

Her music videos have acquired more than 432k views on YouTube collectively while her music has earned Aria over 230k streams on Spotify, and garnered the attention from outlets such as AXS andPopdust. Despite her busy schedule, Aria Wunderland is constantly in the studio writing and recording in order to deliver fresh new music to her ever-growing fan base worldwide.