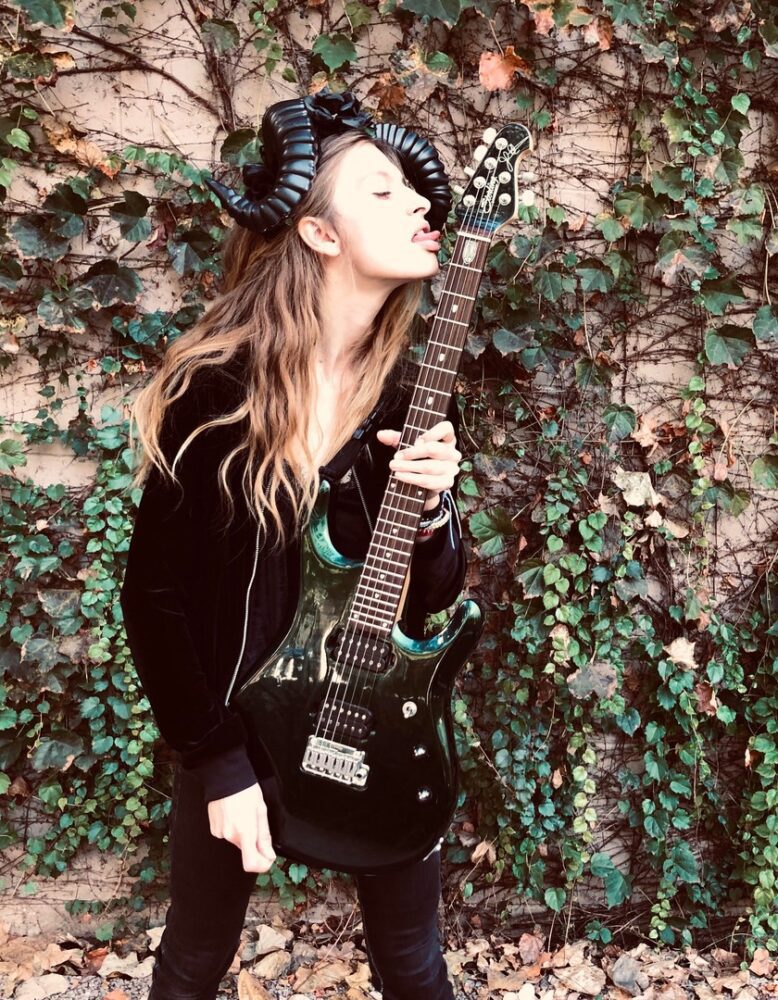 Born in Koszalin, Poland, singer-songwriter, producer, and kick-ass guitarist Ania Thomas now hangs out in Chicago and L.A. Not long ago, Ania released the music video for “Tuesdays,” the final track lifted from her forthcoming EP, Ania In Chains.

Explaining the song’s inspiration, Ania shares, “The song is really about being lost and finding yourself, I think. About finding your way. When the idea for it came to me, I was just walking around the mountains in LA and was trying to find myself again in nature. We’re all kind of lost right now, I think. We’re all there or we’ve all been there, all struggling with different things. But we’ll make it through.”

When she was 14, Ania emigrated to the U.S. Enrolled in a private school she despised, Ania expressed her feelings through the consummate defiance of rock ‘n’ roll. While attending the School of Rock in Chicago, she absorbed the subtleties of the guitar, followed by studying guitar on scholarship at USC.

Since then, Ania’s been performing throughout SoCal, including stints at “Gritty in Pink,” all while working on her own music. Her influences range from L7 to Tool, resulting in a unique sound surging with gritty guitars, dazzling sols, and visceral production chock-full of garage-rock wildness, all topped by grimacing riot grrrl vocals.

On the softer verses, the finessed strolling of Philippe Mark’s bass imbues the tune with smoldering thrums, accentuating the roaming sensation of the harmonics. And then on the chorus, the sonic energy ramps up to swelling muscularity.

Ania’s guitar licks are not only buff but display her virtuosity on her ax.