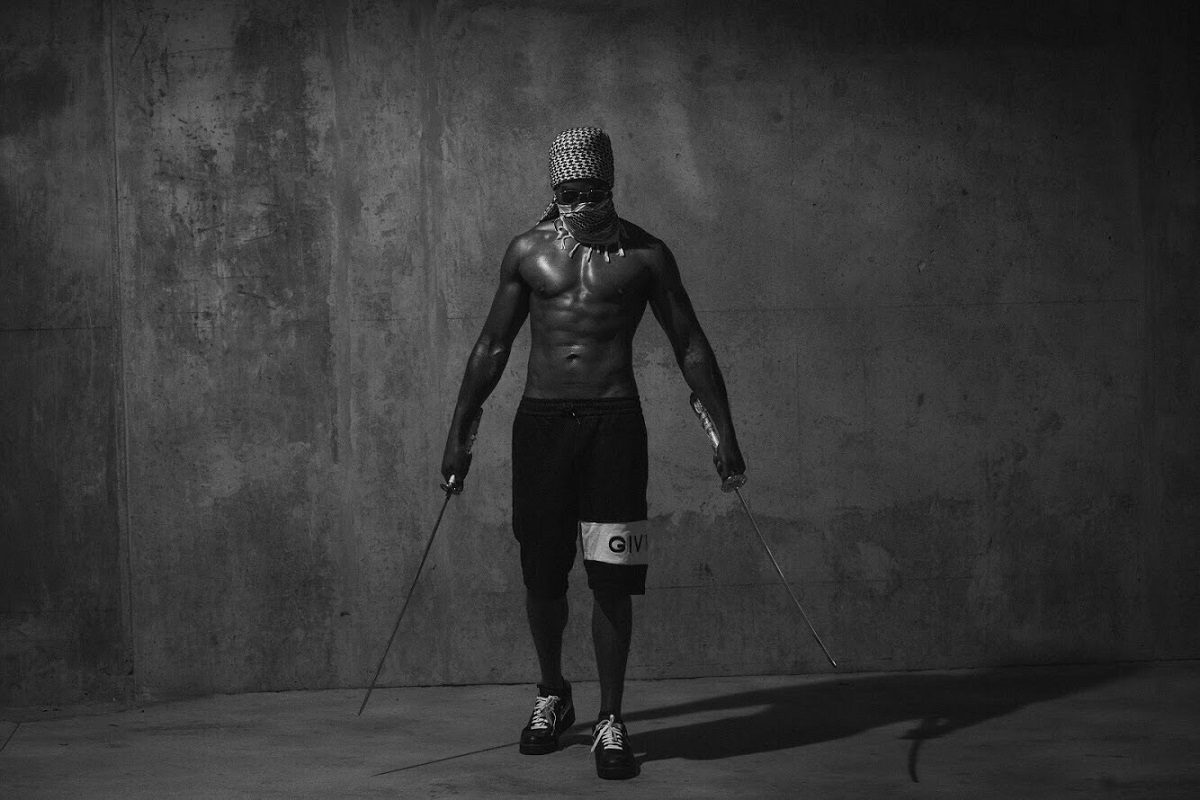 40pree is a talented DJ and music producer in Maryland’s underground hip hop scene. With a combined following of 17.5K people throughout different social media outlets, he can rightfully be called an influential force. This is an interview about how it all began for him. What his inspirations are and what we can expect from 40pree in the near future.

“Hello 40pree, you’re up-and-coming in Maryland’s underground hip hop scene at the moment, and with a very interesting stage name, what’s the story behind it?”

“Yes, In college I would always bring 40oz bottles to parties, so all my friends would call me ‘40. Pree’. Pree is a Jamaican word that means ‘to take notice of something new’. For example: ‘pree dis’. I liked it, so I had to mix my Jamaican roots in my stage name.”

“That’s a cool story! So, who are your biggest musical inspirations and how do they influence the music that you produce?”

“Kid Cudi is definitely one of the main artists that I’ve looked up to! He kept me focused on music while I was in a dark place in my life. Any ‘Cudi’ fan knows that he can make any bad situation sound dope. I’m also very inspired by progressive house artists like ‘Deadmau5’, and ‘Steve Angello’. I think that their persistent melodies are timeless. When I first started producing, I tried to remake songs in the same musical style as Deadmau5. Perhaps, you can even say that he was the main reason that I’ve started producing music myself!”

“Interesting! So, Deadmau5 basically inspired you to start producing music! I wonder, what’s the biggest musical accomplishment that you’ve experienced so far?“

“My bro ‘Manny Wave’ and I performed once live in New York opening up for ‘6ix9ine’ before he was sent to jail. It was his first show in New York too, and it was packed with hundreds of kids! I also performed at the Moonrise Festival in 2018 in front of thousands of people, that was an amazing experience as well. It’s just crazy on which journey music will take you.”

“But that’s not all, right? You’re releasing your newest album at the end of June. What can we expect from you on a musical level from this upcoming release?”

“Yes! My upcoming album is called ‘Stay Lowkey Stay Ghost’. It’s a music project that I’ve been working on for about 2 years now with several, versatile artists from all over the world. The album has a dark, menacing sound mixed with vintage soul and smoother psychedelic elements. It’s definitely an album with numerous emotional layers, so there is a little bit of something for everybody in it.”

“I also saw on your social media that your new project has very striking artwork with close ties to pop culture elements like ‘Afro Samurai’, what’s the meaning behind this artistic choice?”

“I’ve always been inspired by the Japanese anime culture. ‘Afro Samurai’ became my favorite character because he was the only black anime character. He, who travels the road looking for revenge on ‘Justice’, the man who murdered his father. In the same way, I seek revenge as well against the “injustice” that is going on right now in society. This drove me to the idea.”

“That’s deep man and very beautifully said! So, how can we all stay in touch with you for your new release and what can we expect from you in the future?”

“You can stay active with me at ‘www.40pree.com’ as well as on @40pree on Instagram, YouTube, and Twitter. I will also be doing a merch giveaway soon where I will give a free pair of ‘Off White Air Force 1s’ to a lucky fan as well as ‘40pree’ merch!”

“That sounds really dope, we will keep a close eye on that! Thanks, man, this was a very interesting interview. I wish you all the best with your upcoming album!”

Lil Conscious talks about his sense of style, upcoming projects, and more
Florida Artist SOLEZZ Back At It With ANOTHER Banger!
Advertisement