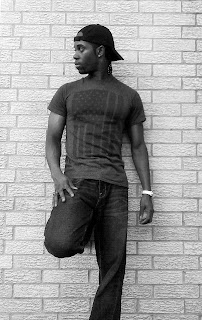 Muzique Magazine. When did you start making music and taking it serious?
Aries Marquis. I started taking music seriously around 2007. I knew how to sing, but I didn’t really start writing music or recording anything until between ’07 and ’08. My dad, who became my manager around the same time, introduced me to the music industry and told me to build my songwriting skills, which I did.

Muzique Magazine. Do you feel that the industry needs more artist like yourself? Why?
Aries Marquis. Yes, I feel that the industry needs more artists like myself, and I am not really talking about just vocals or anything like that, but I am talking creativity and originality. Artists need to be more passionate about their music, and write more timeless music, and create more original sounds than what is heard today. This is what I strive to do; be different, and sound different. This is why I write most of my music based on true events in my life, because it’s my life, and no one can tell my story like I can. Too much music sounds the same, and too many artist look the same. This is killing true artistry.
Muzique Magazine. Would you prefer to be independent or signed to a major?
Aries Marquis. I would prefer to stay independent, only working with majors to either receive a joint-venture or distribution deal. I love my creative control, I love my image, and I love the ownership of my catalog. I would not want the majors to take any of these things away from me.

Muzique Magazine. How do you feel about pirating?
Aries Marquis. To me, pirating is an insult to all music artists. It says to an artist that their music is not worth anything, therefore, they won’t pay for it. Most artists work hard and put money behind their music, especially in the indie side of things, so it should be purchased if sold, and not stolen. Music is not just a sound, but a part of the artist, and should be respected as such.

Muzique Magazine. Who do you feel are the best singers? Why?
Aries Marquis. It might be a little tough to point out all of the best singers that are out today, but I will list as many as I feel are: Adele, Justin Timberlake, Ed Sheeran, Shawn Mendes, Chris Stapleton, Dua Lipa, Miguel, and Nicholas Petricca of Walk the Moon. This are the singers, right off the top of my head, that I can think of. Some of these, like Dua Lipa and Miguel, I’ve become recent fans of. I not only look for vocal quality, but I look for soulfulness when delivering a song, and each of these singers have at least ONE song that take me to that “place”. None of these artists sound like others.

Muzique Magazine. Are you the best at what you do in your opinion?
Aries Marquis. Absolutely not! I have so much to learn before I can even daydream about being the best at what I do. I feel that I am good at it, because I have learned so much to get to this point, and I remember where I started from as far as knowledge and experience, but I most certainly am not the best. I have a long way to go before even being considered.

Muzique Magazine. Have you won any awards?
Aries Marquis. The only awards that I have won in my music career have been victories in showcases. I have four #1 awards, one #2, and a #3 ranking. I have no stand-alone awards, such as Grammys or anything…yet. Lol.

Muzique Magazine. Who was your inspiration?
Aries Marquis. When it comes to who my inspiration is, I often tell people that I have a LOT. A lot of singers/artists claim it’s one or two. Well, I have plenty to go around starting with Michael Jackson, Mariah Carey, D’Angelo, Eric Benet, and Justin Timberlake being my songwriting and artistic inspirations, Donny Hathaway, Boyz II Men, H-Town and Gospel singer Daryl Coley as my vocal inspirations, and Michael Jackson, Jackie Wilson, and Fantasia being my performance inspirations. There might be some more, but I’ll just stop here. Lol

Muzique Magazine. What is your favorite song?
Aries Marquis. Choosing my favorite song is a very tough task, because I have so many. As far as 2018, my favorite song of the year, so far is “In My Blood” by Shawn Mendes. All-time song would be difficult, because I can go with You’re the Only One by Eric Benet, Untitled by D’Angelo, Natural Woman by H-Town, Amnesia or Mirrors by Justin Timberlake, Bad or Earth Song by Michael Jackson, Anytime You Need A Friend by Mariah Carey, the list goes on.

Muzique Magazine. Tell us about your new project.
Aries Marquis. My latest project is titled, “Crush”. It is an uptempo dance/pop song that I wrote about me breaking through my shyness. It describes me first looking at this woman I have a crush on, and then finally telling her how I feel about her without backing down. I also composed this song to be energetic for the Summer.

Muzique Magazine. What does it mean to you?
Aries Marquis. The song means a lot to me, because I wanted to show my audience and new listeners that I am an artist of diversity. I want to show diversity in my artistry without being labeled just R&B, and that was the inspiration for producing this song the way I did. Although, I wish I could just be genre-less, I use the term “pop” to describe my sound because, in my opinion, it has the most diversity nowadays.

Muzique Magazine. What was your biggest risk taken in your career?
Aries Marquis. This might sound crazy, but the biggest risk that I’ve taken in my career has been the amount of money invested into it. Lol. I have postponed things, pushed dates back, even skipped out on certain payment of decently important things to invest in my music, because I look at long-term ROI (Return On Interest). Nevertheless, I must say that the investment is finally paying off, and I don’t regret it at all!

Muzique Magazine. What is your ultimate goal at the end of your career?
Aries Marquis. My ultimate goal by the end of my career is to have been able to impact the world similar to the way Michael Jackson did. I want to inspire, and leave a legacy of giving the world pieces of me, through my music, that they can hold on to for the rest of their lives.

Muzique Magazine. What suggestions do you have for other artist like yourself?
Aries Marquis. The one thing that I suggest artist do is never stop. Never give up. Keep going. I know this sounds cliche, but I know of quite a few artists that started with me, and were a few miles ahead of me, but now they are nowhere to be found, and I’m about to go on tour at the end of the year.
I worked, and went through the fire and rain to get here, and it wasn’t easy, so that is my number one piece of advice…NEVER STOP.

Muzique Magazine. How can potential fans find you?
Aries Marquis. I can be found everywhere from Facebook to Instagram. Search me by typing in Aries Marquis. My website is http://www.ariesmarquis.com. If you hit me up, we can have a conversation anytime! Thanks for your time!!